The Enslaved People of George Mason Project, featuring a memorial at Wilkins Plaza, provides a more complete account of the complicated legacy of George Mason IV, a founding father who championed individual freedom while owning slaves.

Origins of the Project

When searching through the Mason website for a summer job, Ayman Fatima saw a position that sparked her interest.

The Enslaved Children of George Mason project was looking for a research assistant to help share the untold stories of those who were enslaved by George Mason the man.

“This was something that I wished we had focused on more in class,” said Fatima, a double major in systems engineering and government and international politics.

“The men who designed American democracy owned other human beings, taking from them their liberty and creating an inherently unequal system.”

The plaza is named for the late Roger Wilkins, the famed civil rights leader, Pulitzer Prize-winning journalist and former Robinson Professor of History and American Culture at Mason.

It's designed to convey the hidden voices of the enslaved, the traditional voice of George Mason, and a space designed for visitors to reflect and share their voices. The plaza and memorial were designed by Perkins & Will.

Several hundred people assembled at the Fairfax Campus on April 4, 2022, for the dedication of the Enslaved People of Mason memorial in what Mason President Gregory Washington called “a landmark day for the university.”

“The Enslaved People of George Mason Memorial represents so much about who we are as a university,” Washington said. “Inquisitive students who seek truth, undergraduate research programs that support these academic pursuits, faculty who collaborate, nurture and challenge our students, and a university community fueled by the shared thrill of discovery and the determination to turn their efforts into positive and sustainable change. … We grow wiser from examining our full truths, no matter how complicated or messy or discomforting they might be.”

The project originated at a time when many universities are examining their histories with enslaved people.

"What we discovered, as faculty and students, is that we still have to wrestle with slavery as an institution even if we were not complicit as an institution in the system of slavery," said Wendi Manuel-Scott, a professor of history and art history at Mason and the former director of the African and African American Studies Program. 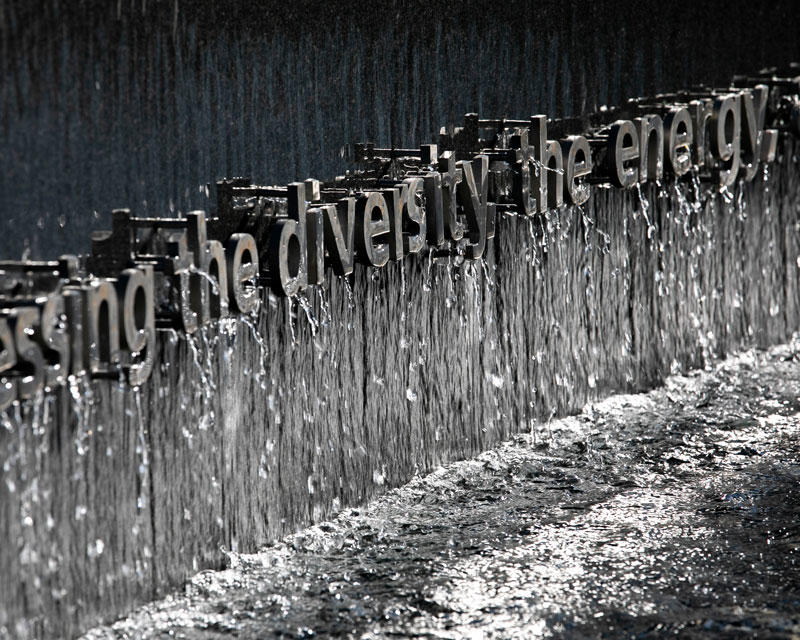 The Wilkins Plaza Project
Read about the Wilkins plaza redesign